LGMC cited by feds for overbilling Medicare; plans to appeal 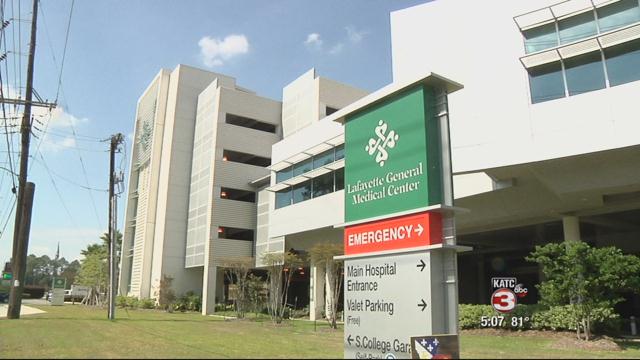 The U.S. Department of Health and Hospitals’ Inspector General has cited Lafayette General Medical Center for overbilling Medicare by more than $4 million because of mistakes made on claims.

In a statement, LGMC administration states that the hospital disagrees with 85 percent of the conclusions made by the IG’s office, and plans to appeal every single claim that the IG’s office says was not properly submitted.

The IG issued a report about its findings in April. According to the report, the hospital did not properly submit Medicare claims during the years 2013 and 2014, and the result was an overpayment that the IG estimates to be $4.4 million.

The review was part of a larger review of compliance by hospitals around the country, the report states. The IG’s office is charged with ensuring that the $156 billion that Medicare pays to hospitals annually is proper.

“The errors occurred primarily because the hospital did not have adequate controls to prevent the incorrect billing of Medicare claims within the selected risk areas that contained errors,” the report states.

The investigators used these findings to estimate the errors the hospital made in all claims during 2013 and 2014, the report states. When the investigation began, LGMC immediately repaid Medicare $287,257, the reports, but has disputed the remaining amount estimated by the IG’s office.

The hospital is going to appeal, the report states, because it disagrees with the ruling the IG’s staff made on 69 of the inpatient claims.

The LGMC statement, in its entirety, is below:

The OIG report does not question the quality of care or medical necessity of treatment provided by LGMC.

Lafayette General would like the public to know that these were not fraudulent claims. Appropriate care was delivered to our patients and a bill was filed with Medicare.  We are operating within the guidelines set-up by the government and there were zero cases of abuse within the system.  In only a few instances, LGMC made clerical errors in attempting to navigate a complex coding system.

We disagree with over 85% of the OIG’s conclusions.  We continue to maintain that our claims were properly billed and will appeal each claim, one-by-one, until resolution is achieved.  LGMC is not alone; many large medical centers throughout the country are in the process of appealing similar findings.

A majority of the disputed Medicare claims center on whether they should have been billed in an inpatient or outpatient setting.   We assert that the guidelines for inpatient billing are vague and often unclear.  These types of claims are billed based upon the medical judgement made by a physician at the time of treatment and the patient’s condition at that moment.  LGMC fully supports the medical judgement of our physicians in determining what is best for the patient at the time care is delivered.

Billing audits are routinely conducted throughout the country by the OIG and Lafayette General fully complied with all requests.  We expect the appeals process to take 2-4 years to complete.  Because this is an ongoing appeal, LGMC will have no further comment.